Most Viewed This Week

The KILLING OF QUAWAN CHARLES

Sandra Bland was a 28 year old black Activist who was stopped for a minor traffic violation in Waller County, Texas. During the stop a white male police officer, Brian Encinia was aggressive and demeaning to this young woman. The exchange quickly escalated due to the nasty inhumane demeanor of Brian Encinia. Sandra Bland was later found hanged in a jail cell on July 13, 2015, three days after being arrested for a minor traffic violation

The arrest was partially recorded by Encinia‘s dashcam, a bystander’s cell phone, and Bland’s own cell phone. After authorities reviewed the dashcam footage, Encinia was placed on administrative leave for failing to follow proper traffic stop procedures.

On December 2015, the grand jury declined to indict the county sheriff and jail staff for a felony relating to Bland’s death. The following month, Encinia was indicted for perjury for making false statements about the circumstances surrounding Bland’s arrest, and he was subsequently fired by the  Texas Department of Public Safety. In September 2016, Bland’s mother settled a wrongful death  lawsuit against the county jail and police department for $1.9 million and some procedural changes. In June 2017, the perjury charge against Encinia was dropped in return for his agreement to permanently end his law enforcement career.

During Sandra short life, she created educational content surrounding racial injustice. My name Toni. It is my goal to pick up where Sandra Bland left off. In my efforts to continue Sandy Speaks, I will use this section of this website to discuss recent, current and future injustice perpetrated on black people. It is my goal to shine a light on these perpetraters by tracking their crimes and giving updates to each situation. I will post all that I can, I need your help. If you read about a specific person, like Brian Encinia, the man responsible for Sandra’s death. Its my goal to have the public share whatever information they have about the perpetrated of these crime on humanity. For example, you know Brian Encinia, you know where he currently works, and you heard that he is continuing his racism agains minority this is where you come to report the information. I will be tracking information about George Floyd, Brianna Taylor and Elijah McCain. I am counting on the public to share whatever information they can provide about current, past or future racial injustice perpetrated by the Savage Racist. These crimes go unpunished because there is note one public platform that can be accessed by everyone. Sandy Speaks will go on to create real change if you have any ideas on how to improve this category, please share! 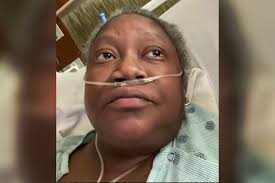 Spread the loveThe 20th key details the foundation for the plans to free black people from bondage. It is time to stop the tyranny! We need to solidify the fact surrounding the mental health of black people who are impacted by the racial injustice of America society.